When you think of Welsh literature, a few names are likely to spring to mind – names such as Dylan Thomas and RS Thomas, amongst many others. But Welsh literature has a far wider spectrum than these more modern writers, as it spans back almost 1500 years, all the way back to the late 6th century.

This first group of Welsh writers were known as Y Cynfeirdd (The Early Poets) and included such famous luminaries as Taliesin and Aneirin. There’s a curious thing about these very first Welsh writers though – they didn’t actually write in present-day Wales, as at their time Wales spread far into northern England and southern Scotland. It wasn’t until the Anglo-Saxons arrived that the boundaries of Wales were pushed back to where they sit today. It was these poets who set the standard for years to come though, praising their subjects lavishly. 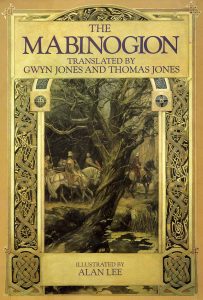 The poets of the 14th century to the 16th century were known as the Poets of the Nobility, as by this time there were no more kings in Wales, so instead they had to ply their trade writing for the aristocracy. This meant that the famous tradition of praise poetry continued, but with a different set of customers. Some poets were beginning to break the mould though…

Perhaps the most famous poetic figure of this time was Dafydd ap Gwilym, a sculpture of whom can be seen in City Hall, Cardiff. While other poets of the time concentrated on writing for their clients, he was one of the first to introduce his own personal feelings into his work, often addressing his feelings of love for two particular women. Many of his poems still survive to this day, however some of the more famous ones include Merched Llanbadarn, Yr Wylan and Morfudd fel yr haul.

Women poets seem to be almost invisible in early Welsh poetry, but there is one exception: Gwerful Mechain. She is the only female Welsh poet from the time who still has work around today, and was mainly active during the late 1400s. Her poems were particularly notable for their sexual themes, which further marked her out from the normal poets of the time.

These poets and writers of the early times undoubtedly shaped Welsh literature in huge ways. So, next time you read Dylan Thomas, just think that he might not have been around had it not been for those poets from many centuries past.