The New Welsh Writing Awards is a prestigious writing prize. This year it celebrates the best of travel writing from those based in the UK and Ireland, with the proviso that the authors have been educated in Wales. It’s only open to those submitting entries of between 5,000 and 30,000 words, and the prize is always judged by prominent figures in the writing world. 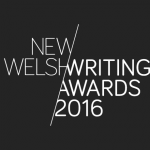 The 2016 award is due to have its longlist announced on 20th April, while the shortlist will be announced on 1st June. The award ceremony itself will take place at the Royal Welsh College of Music and Art on 7th July. Those wishing to enter have unfortunately missed the deadline though, so will have to wait until next year’s competition instead.

Last year’s award was judged on the best writing on nature and the environment, and was won by Eluned Gramich, who wrote Scenes from a Hokkaidan Life. She won a £1,000 prize, as well as had the honour of seeing her work digitally printed by New Welsh Rarebite. No indication has been given as to the works that will be on this year’s longlist though, so it is impossible to predict who will join Gramich as a winner of this prestigious award.

But what exactly is the purpose to this award? After all, there are many other literary awards throughout the world, so why should those with a Welsh education consider entering? The answer is simple: it’s a way to promote the literary talent found throughout the country, and to encourage Welsh students, both past and present, to get writing. The £1,000 prize is, of course, a great incentive, but the real prize is the fact that the winner will get the impetus they need to continue their writing career, and hopefully thrive.

In order to win the top prize, authors will have to show a fantastic mastery of the English language (it is only open to those writing in English, despite the fact that it’s a Welsh award), but more importantly, they’ll have to be able to convey their travelling experiences in a way that draws in the reader. Many people can write, but not many have the skill to turn words into something more interesting.

As already mentioned, the awards will take place on 7th July. The two judges for this year’s competition will be 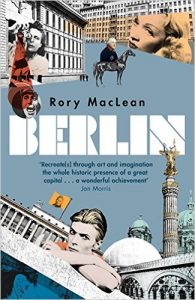 Gwen Davies, the New Welsh Review editor, and Rory MacLean, who has had a number of books published, including the acclaimed Berlin: imagine A City and Stalin’s Nose. It’s going to take something pretty special to impress these two judges, but they’ll undoubtedly unearth a gem as they work their way through the judging process…

If you have missed the deadline to submit your work, the prize will be back in 2017, although the theme is as yet unknown. Just because you don’t know the theme yet though, it shouldn’t stop you from putting pen to paper and practicing your craft, ready for next year’s submission.