This year’s CMW has a special focus on the United Kingdom and Ireland, giving Wales the first chance in 16 years to showcase their strong, eclectic musical talent. Among those vying for the attention of media and industry leaders at the event, Welsh musicians hope to stand out above the rest with originality and substance.

Acoustic singer-song writer Dan Bettridge is one such musician, whose heartfelt serenading could easily be mistaken for that of a much more experienced artists. Catching this artist so early in his career is a real treat, and he’s the perfect representation of a fresh Welsh talent and perspective. Check out his EP, Hunter’s Heart, or his acclaimed single, Third Eye Blind.

The Undivided, a four-man indie-rock group from South Wales, are also making the trip to Toronto. This band promises music “you can’t ignore”, evident in their explosive live performances. Like all of the Welsh musicians at this year’s CMW, The Undivided hold broad international appeal and are exceptional within their genre. Their debut album, This New Day, gave us great songs like the Breathe and World’s Apart, but don’t miss out on their mini-album, Safety.

Violet Skies, a solo artist from Chepstow, has also been invited to share her unique, ethereal sound. Over the past three years, Violet Skies has produced an impressive discography including transcendent ballads like One Day, Three Autumns, and soulful, R&B-inspired tracks like How the Mighty. She is especially adored for her versatility, and is reminiscent of artists like Joanna Newsome, using her limitless vocal-range as an instrument in its own right, with world-class results. 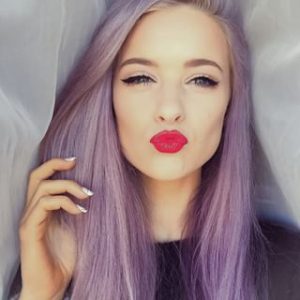 Bringing a laid-back, folk-rock vibe to the event, The People The Poet will be presented following the success of their debut album, The Narrator. Critics love their live performances, citing them a experiences of a genuine musician/audience connection. Of note from their full-length album include the tracks Being Human and People, two songs which highlight the band’s special sound.

Not to be forgotten, the psychedelic trio from HMS Morris will be performing with the likes of Pet Sun and Terrorista on May 4th. Their otherworldly sound comes courtesy of vocals and synth by Heledd Watkins, Sam Roberts on bass and even more synth, and Wil Roberts on drums. Their music is available on Soundcloud or via their website, which is as simple as their music is complex.

Last, but certainly not least, Peasant’s King will bring their pop-soul perspective from Pontypridd, and Llanelli natives Cut Ribbons plan to make an impression with their electric-pop. Both bands are sure to catch the attention of audiences and industry leaders alike with their well-produced sound and polished performances. 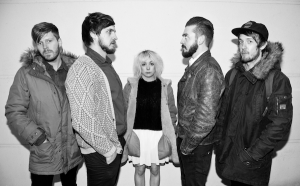 The musicians chosen to represent Wales at the CMW this year truly and proudly reflect the high level of new talent coming from the country. If Wales must wait another 17 years for the opportunity, she can know that the best artists were chosen this year to showcase her talents to the world.